Militia commanders and senior officials in Misrata could be held
criminally responsible by domestic and international courts, including
the International Criminal Court (ICC) in The Hague, for ordering these
crimes, or for failing to prevent them or to punish the attackers, Human
Rights Watch said...

(Tripoli) – The Libyan government should
take urgent steps to stop serious and ongoing human rights violations
against inhabitants of the town of Tawergha, who are widely viewed as
having supported Muammar Gaddafi. The forced displacement of roughly
40,000 people, arbitrary detentions, torture, and killings are
widespread, systematic, and sufficiently organized to be crimes against
humanity and should be condemned by the United Nations Security Council.

Newly released satellite imagery analysis [click for images] shows the
systematic destruction of large swaths of the town by arson and targeted
demolitions after the fighting there had stopped in mid-2011, in an
apparent attempt to prevent Tawerghans from returning home.


“Successive governments in Tripoli and local authorities in Misrata have
failed to stop the ongoing persecution of an entire community and the
destruction of the town,” said Fred Abrahams, special advisor at Human
Rights Watch. “This leaves a dark stain on the reputation of a new Libya
that claims to respect human rights.”

Armed groups from
Misrata, about 30 kilometers north, have been responsible for most of
the abuses. These groups accuse Tawerghans of having fought with or
supported pro-Gaddafi forces during the 2011 conflict, and of committing
war crimes in Misrata. The Libyan government and Misrata authorities
have been unable to rein in these abusive armed groups.

Militia
commanders and senior officials in Misrata could be held criminally
responsible by domestic and international courts, including the
International Criminal Court (ICC) in The Hague, for ordering these
crimes, or for failing to prevent them or to punish the attackers, Human
Rights Watch said.

In her last report to the UN Security
Council in November 2012, the ICC chief prosecutor said her office was
continuing to collect information about allegations of “killings,
looting, property destruction, and forced displacement by Misrata
militias” of Tawerghans to determine whether a new case should address
these allegations.

Libyan authorities should also promptly
investigate individual Tawerghans accused of committing serious crimes
during the 2011 conflict, including alleged rapes and unlawful killings
in Misrata, and if there is evidence of a crime, prosecute them to the
full extent of the law, Human Rights Watch said. Punishing a community
for alleged crimes by community members amounts to collective
punishment.

Foreign governments that intervened militarily in
Libya under a UN Security Council resolution to protect civilians
forcefully condemned violations by the Gaddafi government but have
failed to challenge effectively the ongoing abuses against Tawerghans
and others, Human Rights Watch said. The double standard in addressing
these crimes depending on who committed them erodes the credibility of
governments that said they intervened to protect civilians. 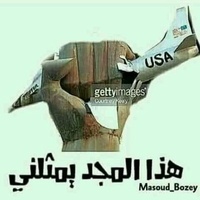 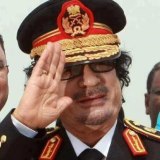