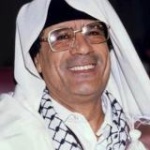 All this translates into - expulsion of representatives of the UN, resolutions and accusations without evidence, resolution in the Security Council (air embargo) because of false media reports without first establishing the facts, under false flag operation, destabilization, enforcement of illegal TV to civil war and disregard for laws and government, before resolution foreign troops had detained a helicopter and weapons (which is the illegal act of war), humiliation of the national flag of Libya ! , illegal occupation of the city of Benghazi , mercenaries, "security" companies, special areas of foreign troops on the ground, cause of armed conflict and support of separatists and terrorists, pressure on government officials and citizens to pass on the side of separatists and terrorists (through bribery, political future threats to their lives and their family , threats of court and prison!), collective punishment of the population and loyal servants of the law and government ?! , false and false report of the UN (without evidence), the use of cluster bombs by NATO, arming the separatists, terrorists and bandits who kill blacks, rob, burned, robbery, torture, destroyed private property and state! , illegal bombing, bombing - INFRASTRUCTURE, HOSPITALS, UNIVERSITIES, SCHOOLS, FISHING BOATS…., robbery 550 million of bank, piracy at sea, bombing - TV, water facilities, electricity, murder of children, destruction civilian sites and private homes, terrorizing the population that supports Gaddafi ?

Terrorizing, deliberate deprivation of food and medicines, use of Depleted uranium, killings of civilians + soldiers who simply defend your country ! More !!! - Terrorists calmly talking on "media" how they would build a prison camp for supporters of the legitimate government ofLibya and legitimate leader - Gaddafi!? 21st century calmly talk about concentration camps and guarded by armed troops andforeign mercenaries!? I personally think is the best handful ofglobalists responsible for past, present and future wars and genocide ... to be killed in the name of peace and good ofmankind (humanitarian mission)! Is it not respecting secret services of sovereign states to carry out this humanitarian operation for the good of mankind !!! ..... BUT Largest and most brutal crime of the 21st century against peace and humanity, including war crime is a coordinated attack on Tripoli! It was peaceful and beautiful city, the capital of a sovereign state and a few days turned into ruins! NATO scored in this peaceful and beautiful city mass murderers and armed terrorists hired, most of whom are not even Libyans and the cover of indiscriminate killing Libyan aircraft (including women and children) and destroyed infrastructure and homes, and during this time that terrorists were scored in this peaceful city - brutally murdered, rape (including children), robbery, committed political murders and ethnic cleansing of black! Meanwhile, NATO and the terrorists stop electricity, water, food and medicines to an entire city! This perversion can it was only in the Middle Ages and humanity can not and must not leave the guilty unpunished! Perpetrators should be tried as Nazis after World War II and be hanged! And there can be no question of interpretation of the already false, illegal and violated thousands of times - "Resolution on Libya"!
WARNING - GENOCIDE and ETHNIC CLEANSING !!! Where is the UN ? Where is the Board "Security" ? Where is the African Union ? Where is the"international civilized "community? Where are each as hypocritical organizations' human rights ? Where are all those cockroaches, parasites and hypocrites? Download the clip before being deleted from the servants of the Zionists and must distribute to friends, organizations, politicians, media ....https://www.youtube.com/watch?v=wHQR7yfgPE0&feature=player_embedded ( or here https://www.youtube.com/user/soket1234